Oil or scum is enough to ruin a hot tub, turning a sparkling clean spa into a disgusting cesspool.

There's a multitude of reasons for it to be there, from old suntan lotion to dead skin cells (ew!). One thing is for sure: you don't want to keep it hanging around.

Not only is it pretty disgusting to think about; it can also clog up your filter and lead to problems like difficulty balancing the water, or lingering odors in the tub.

Fortunately, there are many ways to clean up the situation. This article will help you get your spa pristine again.

Step 1: Know the cause of the oily scum

The first step to removing oil from a hot tub is learning its source.

If the scum is brown, then it might mean your pH levels are too high. Green could mean you have metals in your water, so you should consider adding some metal free, or add a pre-filter to your hose next time you fill your tub. Blue-green scum means you likely have a problem with a clogged filter.

How does this happen?

People bring dirt and oils with them when they get in the water. Over time, that's enough to lead to the filters getting clogged.

Getting in the habit of asking everyone to shower before getting in the tub is a good way to avoid oil buildup happening again.

With this type of oily scum, the first step is to switch your filter out for a clean one and give the old one a deep clean.

Step 2: How to remove oil from your hot tub

There are a few different methods for removing oil once you spot it.

As we mentioned, replacing the filter should help as the new one will be more effective, at least for a while. However, this may not be enough to remove all the oil already in the tub on its own.

Use a spa skimmer

You can sometimes use a spa skimmer to remove oil, but it's especially useful if you have foam sitting on the spa's surface as well. That's because you need a substance large enough for the skimmer to pick up.

Use an oil-absorbing sponge

Oil-absorbing sponges are a cheap and easy way to keep oil problems at bay. These are special hydrophobic sponges, which means they absorb oil but not water. They sit in your tub and attract any oil towards them. You usually place or tie them in your skimmer, which means they're mostly out of sight.

Yes, oil absorbing sponges are very effective at removing residue and keeping hot tubs oil-free. As long as you maintain the cleanliness of the sponges and replace them when necessary, they should significantly reduce oiliness in your spa.

However you do have to be careful because the sponges can get lost in filter wells as they grow heavy over time, sinking to the bottom of the tub or even getting sucked into the pipework.

To avoid your sponge getting lost, attach it to a piece of cord so it can't end up anywhere it shouldn't.

There are two main contenders for the best oil absorbing sponge on the market, both of which are available on Amazon. There's the Scumbug which is great for removing oil and comes in a cute bug shape: 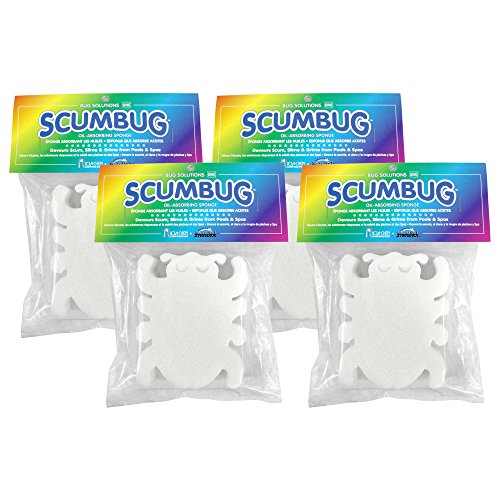 The second option is the Scumball which works the same way, but it's more of just a regular ball shape: 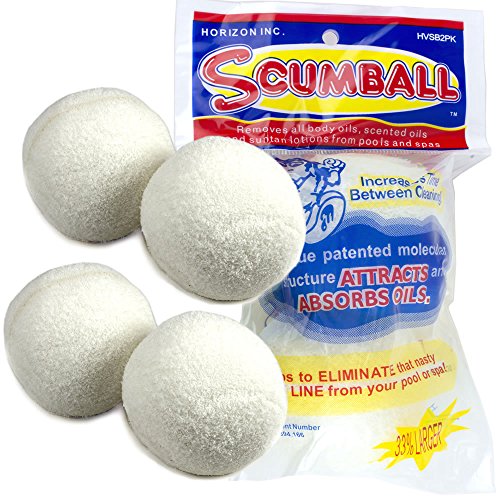 There's honestly not much difference I've been able to find between them.

Can you clean hot tub sponges?

You can clean most hot tub sponges with detergent and warm water. Carefully remove the sponge from the water, making sure not to squeeze it. If you press them while they're still submerged, they will release oil back into the tub.

Once you have it out, squeeze as much of the oil out as possible, then wash the sponge thoroughly using one of the following methods:

Detergent is necessary to remove any oil residue, as water alone won't get rid of the oil, but it's extremely important to rinse all of it out afterwards or you'll get a foamy hot tub.

Once clean, the sponge should be ready for the tub again.

When should you replace oil-absorbing sponges?

It's important to remove oil-absorbing sponges once they have stopped absorbing oil. You'll need to clean or replace your sponges at least every month, but as frequently as every few days if your spa has very high usage.

If your sponge has started to go yellow or brown, it's also time to replace it.

You might also notice more oil appearing in summer when people are more likely to be wearing sunscreens and body lotions.

Can you reuse hot tub sponges?

Hot tub sponges can be either reused or single use. You might prefer to reuse the sponges as it can save money—just make sure to clean them thoroughly before reusing them.

If you're worried you can't clean them properly or it's not hygienic, simply replacing them each time is totally fine too.

Is a Scumbug the same as a magic eraser?

No, they are not the same.

The Scumbug is an oil-absorbing sponge specifically designed for hot tubs. It's shaped like a bug and floats on the surface of your tub, absorbing up to 40 times its weight in oil and scum.

The magic eraser is a cleaning product for scrubbing soap scum, grease, and dirt off the interior or exterior of a hot tub. It's not designed to be left in the water.

Can you make a DIY oil-absorbing sponge?

One popular way is to use the kind of oil-absorbing pads you can get for putting on garage floors. You can just cut a square from the pad and tie it in your spa just like you would with one of the sponges. 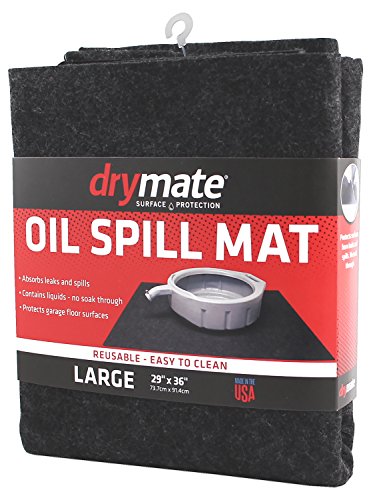 This DIY option is significantly cheaper than buying an actual sponge, but it might not be quite as effective.

Another popular DIY option is to use a tennis ball. More on that in a second.

What is the tennis ball trick?

Many people use a tennis ball as an alternative to a sponge to pick up oil.

These are cheaper and better at floating, but could also present the possibility of getting stuck near the filter or affecting water flow there. Tennis balls also aren't as absorbent as the sponges, so you'll need to clean them more often.

The bottom line is a tennis ball can help, but won't be as effective as some of the other options. Your best bet is going to be something designed to absorb more oil—as well as making your guests take a shower!